A Short Guide to Writing Fiction

A lot of people want to be a writer, but they don’t know where to start. This is because there is a lot of competition in the world of writing and it can be difficult to break into the industry. The first thing that you should do to get started is to write.

It doesn’t matter what you write about, just start with something and see how it goes. You can try writing short stories or novels or even poetry if you want to get into that field. If you are interested in writing for children, then think about starting with picture books or middle-grade novels for younger readers.

Fiction writing is a complex process. It requires skill and creativity to develop a plot and structure for the story. A writer needs to know how to write dialogue, description, and other elements that make up the narrative.

A fiction writer also needs to have an understanding of literary devices such as foreshadowing, symbolism, and irony. This is because these devices help create suspense in the story.

Fiction is a genre of literature that deals, in part or in whole, with invented, imagined, or fictional events.

Writers of fiction use different approaches to create the illusion of reality. The most popular methods are:

The first step in writing fiction is to develop a plot and structure.

You have to develop a plot and structure for your story so that people will actually read it. You need to make sure that your story has a beginning, middle, and end so that it will be interesting for readers who might not have time for long stories but still want an engaging read.

You will need to decide on a point of view, the setting, and the characters.

The point of view is the perspective from which the story is told. The narrator’s voice and thoughts determine the point of view, and it can be either first person or third person.

Setting is one of the most important aspects of any book, film or other form of storytelling. Good settings will pull readers into the story and make them feel like they are actually there with the characters.

Characters can be a powerful tool for writers. They are the ones who create the plot and story.

It is important to make sure that your protagonist is relatable enough so that readers will want to follow them on their journey.

The next step is to create a conflict that will drive your story. Next, you will need to show the events that led up to the climax of the story and then tell what happens after it resolves itself.

As a fiction writer, you must be able to create conflict, build tension and release it at the right time. You should also know how to create a climax that will leave your readers satisfied.

Conflict is the driving force of most stories and it can come in many different forms. It could be an external conflict or an internal one, but it’s important to know what type of conflict you want to use and how it will affect the story.

A climax is the point in your story where the protagonist faces their greatest challenge and ultimately overcomes it. The climax usually happens at the end of your story, but sometimes you can have more than one climax in a single story depending on what type of mood you want to create for your readers.

The climax is also the most exciting part of a story and should be planned out carefully. Without a strong climax, your story will not be as exciting or satisfying for the reader.

The information provided on this website does not, and is not intended to, constitute legal, business, or financial advice; instead, all information, content, and materials available on this site are for general informational purposes only. 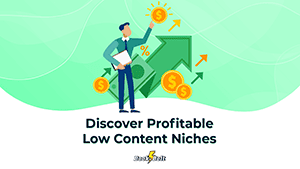 Get 20% off with coupon code kdphowto

Disclosure: Some of the links on this site are affiliate links. This means that, at zero cost to you, I will earn an affiliate commission if you click through the link and finalize a purchase.